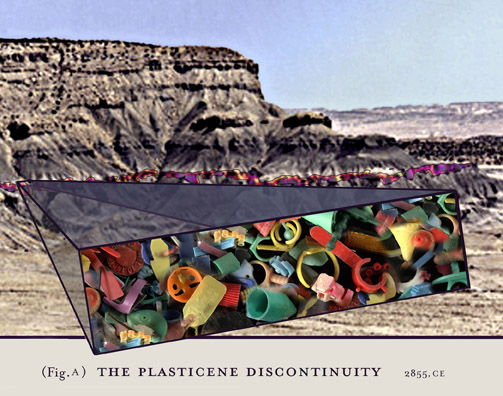 In 2004 for the Bay Model in Sausalito we created The Plasticene Discontinuity, an art exhibition posed as a geological discovery. With charts, graphs, core samples, specimen drawers and plastic collected from Kehoe Beach in the Point Reyes National Seashore our "scientific" display described the discovery of a plastic strata, evidence of the consumer culture in which we now live.

While much of our beach plastic project is based in the seek-and-find thrill of discovery, the heart of what we do is steeped in scientific rigor. There are, of course, a million places on the planet we could go to (Kamilo Beach—nicknamed "Plastic Beach" in Hawaii) if we wanted quantities of plastic, but we have limited ourselves to 1000 meters of one beach to create a graspable metric, giving the problem of plastic pollution a personal human dimension.

Because Kehoe Beach is such an exemplary geologic node in the California Conglomerate, we often find troops of geology classes on field trips hard at work with print-outs of the in situ silhouettes of the rock formations. Along the way, through the years, we have gained an interest and education in basic geology and the history of the planet.

In this exhibition we posited a not-so imaginary time and place, showcasing the findings of future scientists. 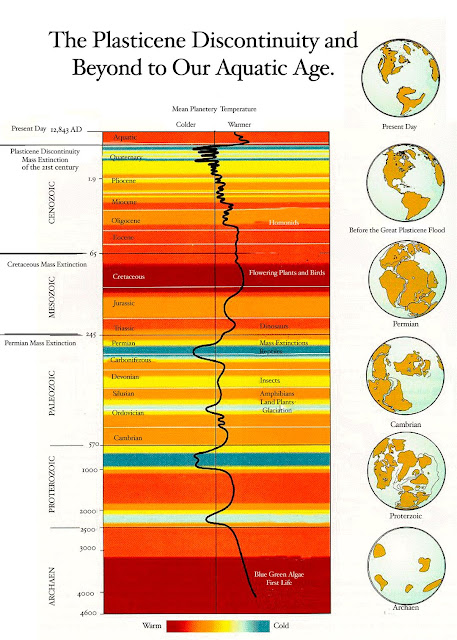 Here is our artist statement from that show:

The history of the Earth can be read in the pages of geologic layers, built up sediments, igneous volcanic flows, rock stacked and folded until strata are formed. Each layer deciphered is an understanding of a past moment of natural history. In the year 2855 CE, a startling discovering was made that unfolded the mystery of what happened over 10,000 years ago, revealing clues of what happened in a time our popular press has come to call “The Age of Grease.” It was a time when fossil fuels were sucked out of the earth, dug out of the earth to drive a civilization towards its demise. A layer of brilliantly colored substances was found sandwiched between layers of rock: substances that civilization called “plastic.” The layer which is so distinctive that our geologists and archaeologists have come to call it a discontinuity, a term used to describe nonconforming conditions. Hence, “The Plasticene Discontinuity” is aptly named.

In 1999, in the beginning of our beach plastic project we crafted "creatures" from what we found—fish, birds, etc. We soon made the aesthetic decision to not pull the mind away from the problem with "cute" representations but to show the stuff actually as it is. Because we've been making art (in traditional materials: painting, drawing, sculpture) for over 40 years as well as teaching, we've used our progenitors from the history of art as inspiration. From the impulses of the first art of the old Stone Age, to Renaissance painters like Caravaggio to the enduring lessons of the Bauhaus we have tried to honor the first precept of art making—Show, don't tell.

At a conceptual level we are exploring the semiotics of value. How can a piece of polymer junk rise into worth? How does a pebble found in the alluvium of Hadar become a priceless artifact? How does a can of auto-body paint become a $100,000,000 Jackson Pollock painting?

Using our artfulness to make the work attractive we want to pull the eye in to the moment, not out and away. We hope that the viewer will have a sense of recognition, an aha moment, "Oh, I had one of those."

Our strategy included categorizing, then arranging the objects into grids and arrays. These groups of objects are organized to give a feeling for their great variety as well as demonstrating the creative impulse of the Plasticene peoples. 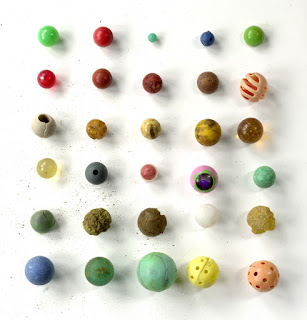 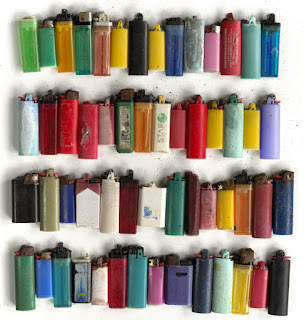 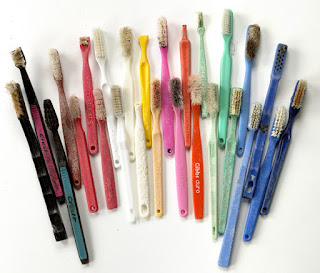