Over 40 volunteers convened at Limantour Beach. Special thanks to Jessica Taylor from the Point Reyes National Seashore Association who worked hard to assure the success of the day. Good job!

Ranger John reminded that if we happened to find an artifact that looks like it might be of historical significance we should mark the spot and let the park archeologist investigate before removing it.

Hummmmm - wondering if the plastic bits we find today might someday be considered historically significant? Thinking back to the oldest piece of plastic we have been able to verify — our green oil truck, vintage '46-'49.

Chris Pincetich led a training session about his system for counting plastic pieces. His lively banter and extensive knowledge made the trek down the beach a lesson in the importance of an relaxed demeanor when teaching about the dire consequences of plastic pollution. It was obvious he has done many workshops with school kids. 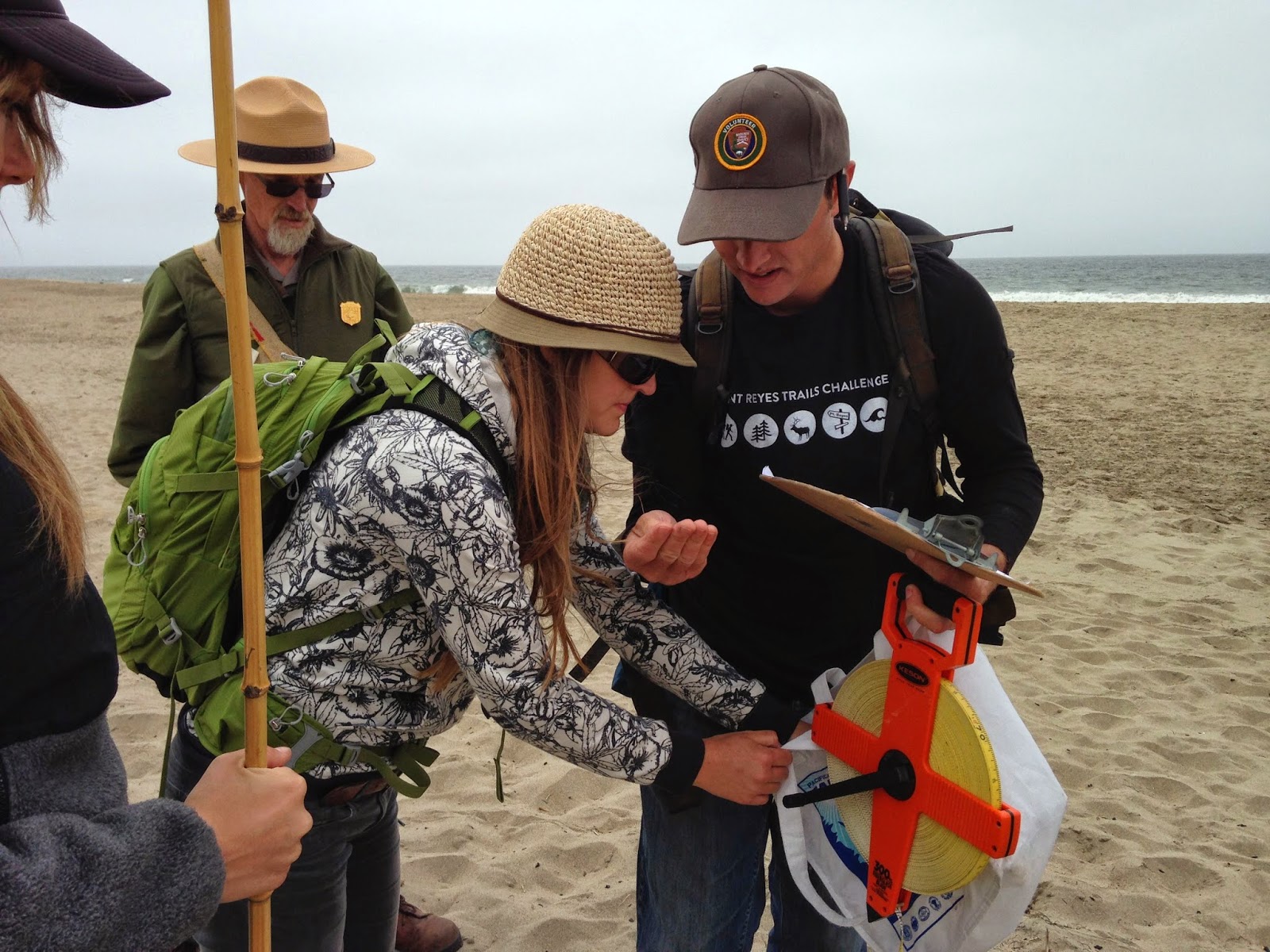 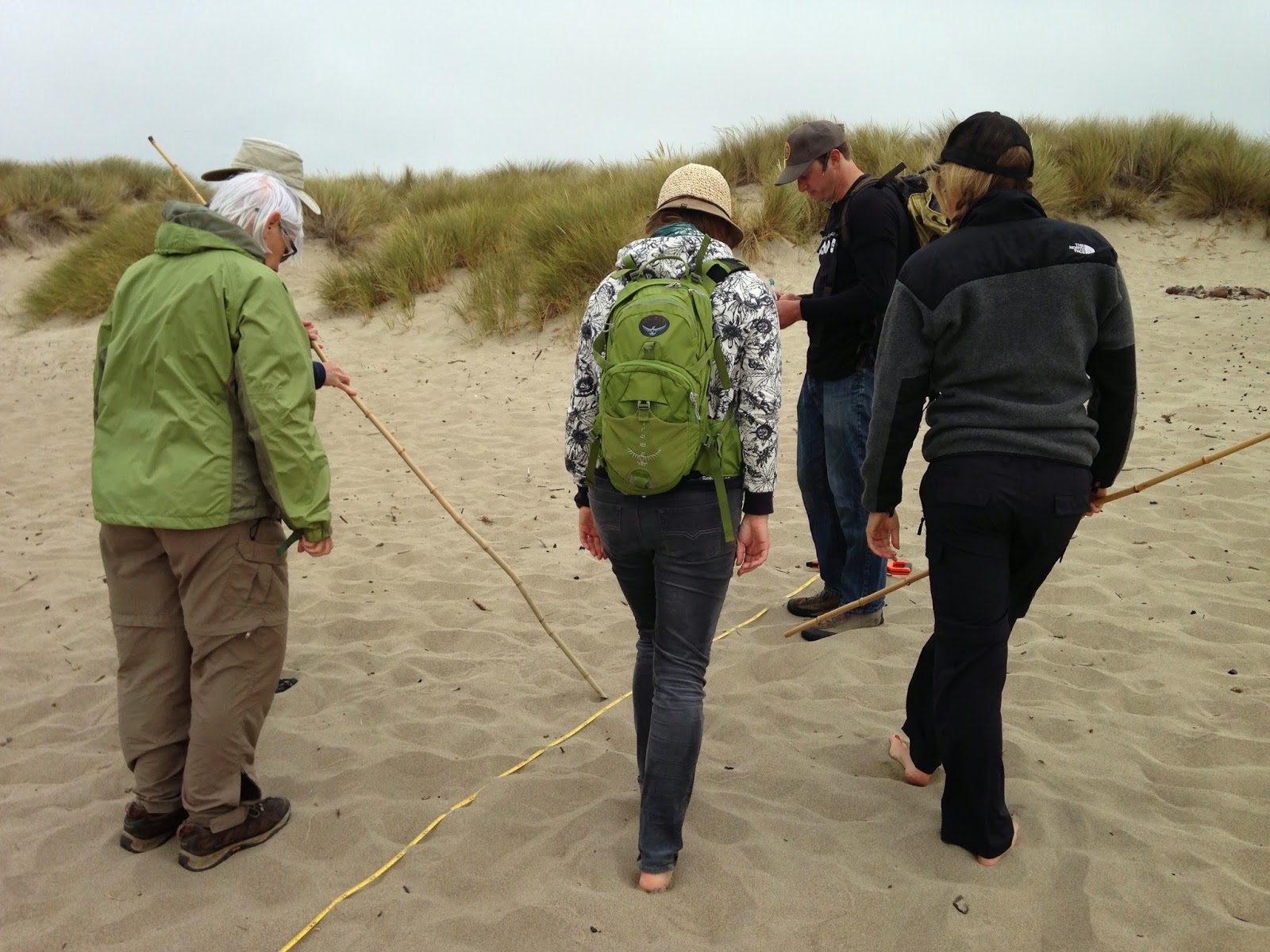 In 2011 Pincetich started monitor-ing plastic pollution on six beaches at Point Reyes. With scientific accuracy he counts the number, and documents the size and kind of plastic. He sets up transects, or measured grids, to collect data before removing the marine debris. He intends to use his data to inform larger conservation efforts.

Having just read Bill McKibben's review of Walden Warming by Richard Primack in the New York Review of Books we have a greater appreciation of value of data over time. For years Thoreau recorded the blossom dates for the flowers around Concord, Massachusetts. Scientists today have observed the blossoming at increasingly earlier dates — solid evidence of the fact of global warming. Pincetech's rigorous measurement is just the kind of documentation needed to argue the impact of plastic pollution on beaches and in the ocean. Hummmmm — wondering about that first piece of plastic that arrived on the beach? When? What?

After an intense morning the group hurried back for lunch but I meandered looking for treasures. As I rounded a corner I heard a woman shout out to her companion in what sounded somewhat like German. When we came face to face I eyed her collecting bag and asked, Find anything good? Isabel and I struck up a conversation — what brought her to the beach today? She was at Bovine Bakery. By chance, Jessica told her about the event so she decided to come out to the beach. She was visiting from Switzerland. Zurich. She had been impacted by an exhibition she had seen there and thought that as an artist she might start incorporating plastic into her work.

Could it be Out to Sea? at the Design Museum?
Yes. Yes. That was the show. It was incredibly well done- a perfect mix of message and art.
Yes. Yes. Those were our photographs of microplastics; of our nurdles in Zurich all the way from Kehoe Beach. 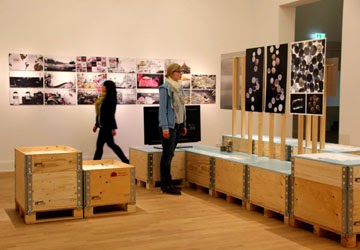 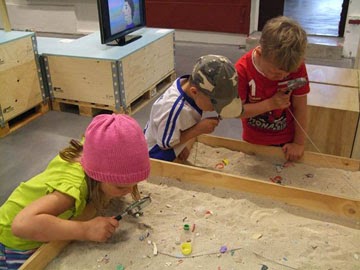 We marveled at our fortuitous meeting. There at the beach — true evidence of World Oceans. We really are all one. 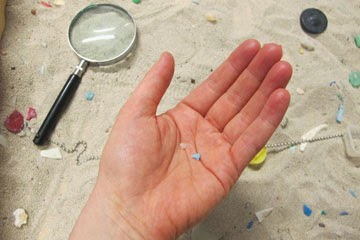