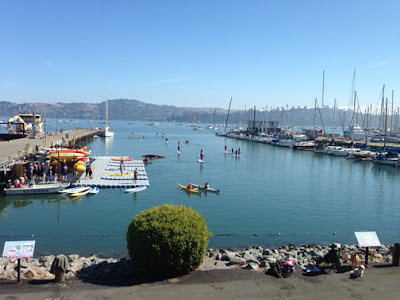 It was picture perfect on the Bay - perfect for Coastal Clean Up Day where some 900 volunteers turned out in Marin and an estimated 800,000 people worldwide joined forces to remove garbage from creeks, marshes, waterways, rivers, and beaches. Coastal Clean Up Day is billed as the biggest volunteer effort on the planet. And the amount of trash collected is staggering. The tally to date in Marin is 10,800 pounds and counting. The global total is expected to exceed 18 million pounds. 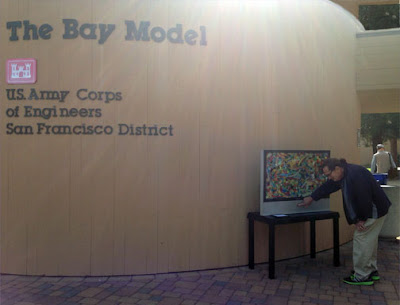 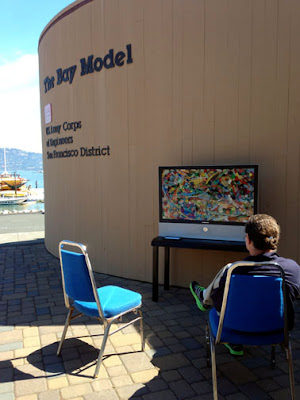 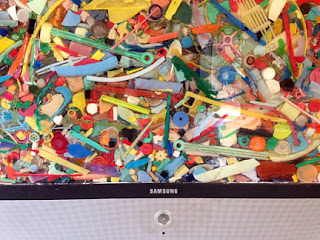 Where's the remote? was the question of the day as we invited people to sit and enjoy the 24/7 programming on our TV set.  Although we were ready-set for super-HD 4K resolution viewing pleasure, it seems that there is nothing but junk on the tube, just a live feed from SEA-SPAN.

The day after, although feeling a bit worn out, we are feeling triumphant to have come through a difficult passage - how great to be on the other side of what could have remained a bitter tragedy. When the original piece Cascade, containing bottles from all around the Pacific Rim from Malaysia, Singapore, India, Japan, Russia, Korea and of course, China and all collected at Kehoe Beach was inadvertently tossed in the recycle bin we felt a great piece of "show don't tell" art was lost. What better way to talk about plastic pollution as a global problem?

The Burning Man community came to the rescue. Bottles have been sent to us from Haiti, El Salvador, China, France, Germany, Brazil. Bottles are still arriving. 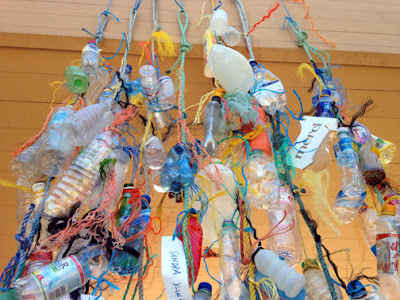 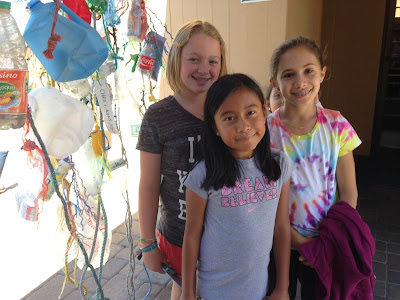 Special thanks for the many contributors to Cascade. 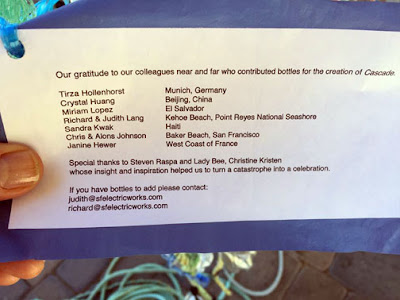 Special thanks to:
Joanne Jarvis park ranger and Marin County volunteer coordinator.
Margaret Farley who goes for the count, precinct by precinct as teams report in with their totals.
The Lions Club who cook up the BBQ feast.
Ben and Jerry's who donate a cart full of ice cream including Stephen Colbert's AmeriCone Dream and Coffee Coffee BuzzBuzzBuzz.
and to the thousands of volunteers who help to make it a fun fab day.

Such a pleasure to enjoy time with friends Bob Beto Gonsalves and Christine Kristen who cleaned up at Kirby Cove before heading to the Bay Model for the BBQ  They snapped this pic: 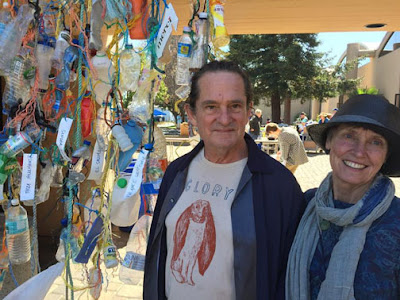 Posted by Beach Plastic at 8:46 AM 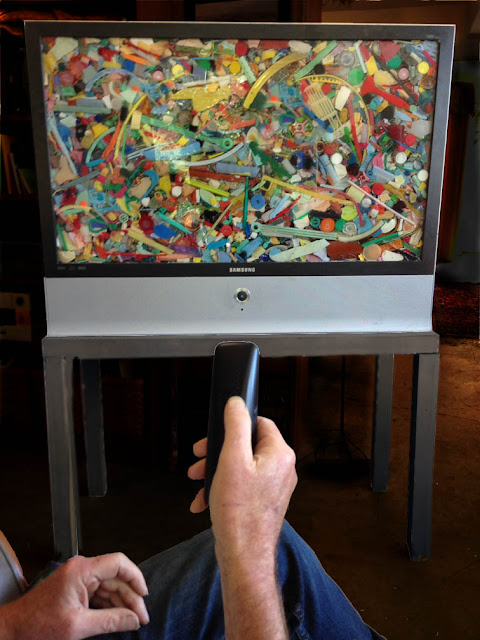 Every week for years, we tuned in to watch Detective Andy Sipowicz on NYPD Blue work through the machinations of police troubles in the 15th Precinct of Manhattan. Before we got together Richard had already been watching since the programs inception in 1993. He never missed! A TV show can become a part of the family. When the show concluded in 2005 we were adrift in our ambivalence until we became fans of Larry David's Curb Your Enthusiasm and The Daily Show with Jon Stewart.

We did get caught in the Game of Thrones magic like the other 23.3 million viewers and enjoyed every Sunday evening with dinner and the show with neighbors Daniel and Taylor.

This summer we were especially dazzled by gymnastics rhythmic (is that really a sport?) and artistic and all the Olympic sports in Brazil.

But, if we had to name a show as "our show", we'd say Anthony Bourdain's Parts Unknown is our fav with the right combination of food and insightful commentary on politics and culture. He travels to exotic locals with - what's for supper? as the abiding question.

When our ages-old Samsung TV went kaput we bought one of the new HD big flat screens with super-duper resolution. We wondered what to do with the old set. Throw it away? but, where is away? Richard took apart the internal workings, revealing the intricate electronic circuitry inside. We poured a layer of resin on the back side of the screen and embedded beach plastic making a picture perfect high-res in brilliant color.

Now our Samsung is ready for the 2016 fall season and even though it is Smart 4K Ultra HD, it seems that there is nothing but junk on the tube— all we get is a live feed from Congress on SEA-SPAN; a whole load of crap.