WHAT THE???? DON'T they know this is our beach? We better get down there quick  — looks like somebody might be getting all the good stuff. We hurried to apprehend this interloper and lo and behold it was our comrade-in-arms, kindred spirit,  Richard James — Coastodian extraordinare.

This week there had been storms, high tides and the super big ( record breaking 35') waves, so Richard, like us, was checking on Kehoe to see if anything or everything had washed in.

He is an avid cleaner-upper who is not only is picking up plastic from Point Reyes beaches but he is making regular sojourns along Estuary Merritt in Oakland - that connects Lake Merritt to the Bay and the Pacific Ocean. He makes arrangements of condoms and needles and syringes and sharps, shocking displays that catch the attention of joggers and passersby. 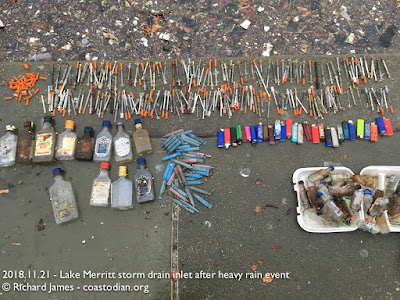 Richard is the person you want on your side when lobbying for reducing plastic pollution and advocating for better collection of street plastic from storm drains and gutters before it washes away to the sea. As he reminds, if it gets cleaned up there we won't have to be picking it up here in Point Reyes.

Our paths have crossed many times on and off the beach. We appreciate the playful rivalry among our fellow collectors. I'll show you mine if you show me yours. Soon we had traded our two shovels (green and blue) for his one Pelon Pelo Rico. 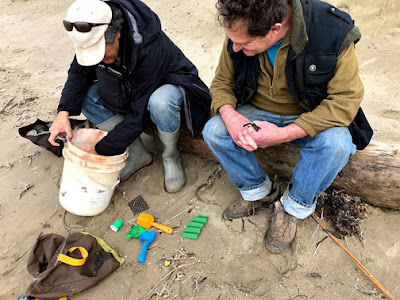 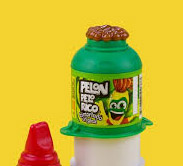 But Judith won the day finding in the beach wrack of the high tide line  — a  Civil War Union bugle boy sounding taps for the ocean then later on eBay — Vintage Calvary Soldier Figures. 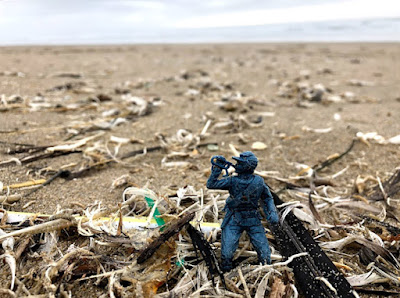 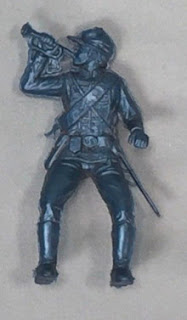 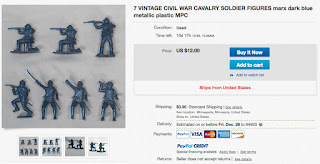 Richard James snapped this pic of Judith saying her photo prayers as she snapped the pic of the soldier. 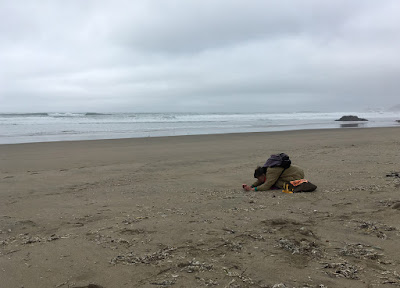 On our way back to the car we met Park Rangers Jade and Mason who were out surveying the grade of the recently improved trail, measuring to make sure it is now ADA compliant. In the past the deep ruts made the trail nigh impossible to navigate especially after a good rain. Richard, identified himself to rangers as a disabled person, and proclaimed the trail accessible. First trip all the way to the beach in a year! Improved trail, improved meds for CIDP!

Thanks NPS maintenance crew. Thanks Dr. Nandipati. Hey, Richard made it all the way to the beach. No problem! Ta! Da! 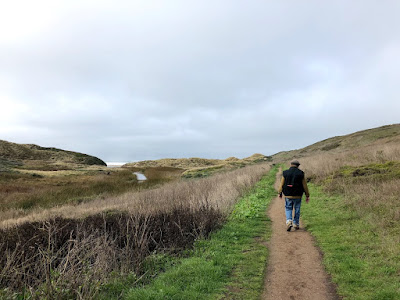