It's a great pleasure is to do something you love just because it feels like the right thing to do. Even greater is to have a forum to bring that something into the world. We appreciate Teknion for giving us this opportunity to entertain and educate their designers and colleagues in DC and thanks to them for laughing at our jokes. The applause was a great reward but even more was the thrill of watching their enthusiasm, as they took to the plastic hands-on.

We never imagined, a summery evening with the glow of the dome of the Capitol as the backdrop, that our 1,000 yards of one beach would be center stage at the Newseum.

Posted by Beach Plastic at 9:07 AM

On Friday evening, October 26, the public was invited to the Oakland Museum for a sneak peek of the Gallery of Natural Sciences now under construction including the new area devoted to the Cordell Bank National Marine Sanctuary.

Cordell Bank is an extremely productive marine area just off the coast from Kehoe Beach. This enclave of the deep, an underwater “bank” produces an upwelling that delivers nutrient rich water that fuels the production of phytoplankton and subsequently zooplankton that feed the fish, seabirds, marine mammals and invertebrates communities found around the bank and in the sanctuary. 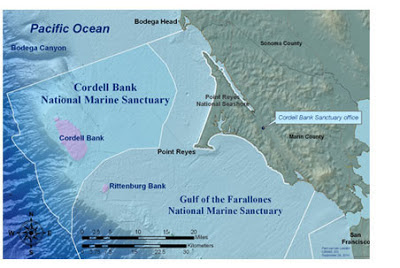 Because of Kehoe Beach's proximity to Cordell Bank- about 20 miles east, we were asked to create a display and installation about plastic pollution and its effect on the ocean and beaches of the region.

For months we have been working with museum staff to create user-friendly displays and interactive ways to engage the public. 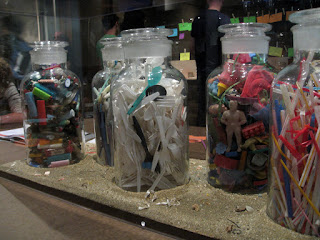 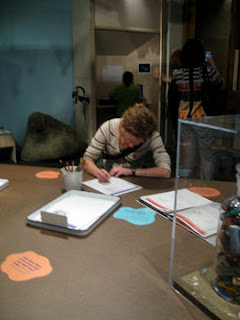 When we saw the space activated by many folks eager to engage in the activities we felt rewarded.  The evaluation of the effectiveness of our efforts is appreciated and will help us to refine our installation in preparation for the official opening in June 2013. 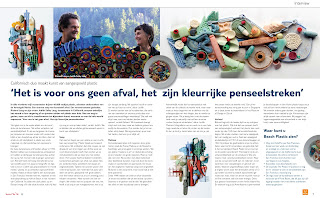 We are flyin' high in the Dutch inflight magazine ArkeFly.