Light in a Bottle

Picking up an intact light bulb on the beach sparked a story zooming into a future when there are no light-bulbs—maybe 300 years hence. I imagined taking this delicate thing home and, around the firelight, telling the kids a dinnertime story about the past when there was bottled up lightening to keep the nights bright as day. The problem was the lack of night meant no contrast. The past people had no velvet black to relax into. The sea of stars for connecting the dots into stories became skimpy at best. Civilization began to wobble with this eccentric imbalance and eventually wound itself into chaos. There was simply too much light.

Over the years on Kehoe Beach we have found some 26 intact light bulbs of all shapes and kinds. Here is a selection from 15 of the best slides. Yes, slides...remember them? 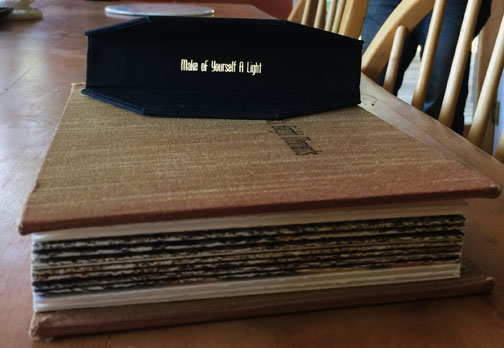 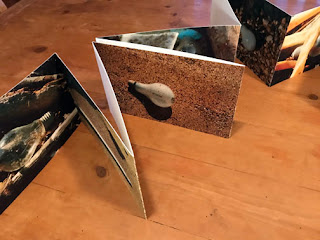 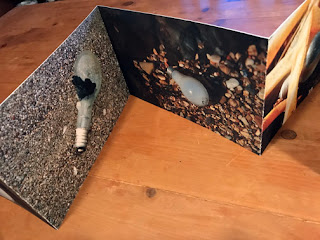 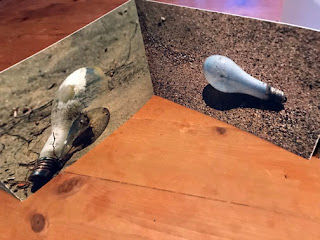 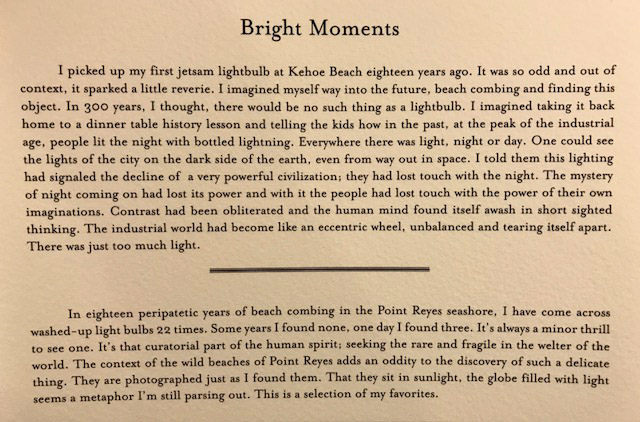 Posted by Beach Plastic at 7:39 AM No comments:

Our project centers on finding objects in the welter and mess that are at once common and evocative. Girl's hair clips, toy soldiers, Superballs, toothbrushes and combs all speak of everyday use — things people touch. We could show the mess over and over again but the numbness to the problem only gets exacerbated. So, in our "curatorial" project we had a great surprise on Kehoe Beach, when Richard found a cereal box toy he'd had in the 50's. But, most likely not THE one. The 3” green plastic deep-sea diver holding an undersea welding torch was the prize from Kellogg's Corn Flakes circa 1954. There was a baking soda submarine to go with it.

You'd pack the pouch on the divers fin with baking soda and he'd zoom around the bathtub then sink as though he were on a mission. The imagined action was more fun than what he actually did, but the biggest thrill was to find him in pretty good shape on the beach fifty-some years later. Yes, indeed, the plastic is in question.

Today on eBay for 12-15 bucks you can buy the original guy along with the original patent application drawings still in the cellophane package. 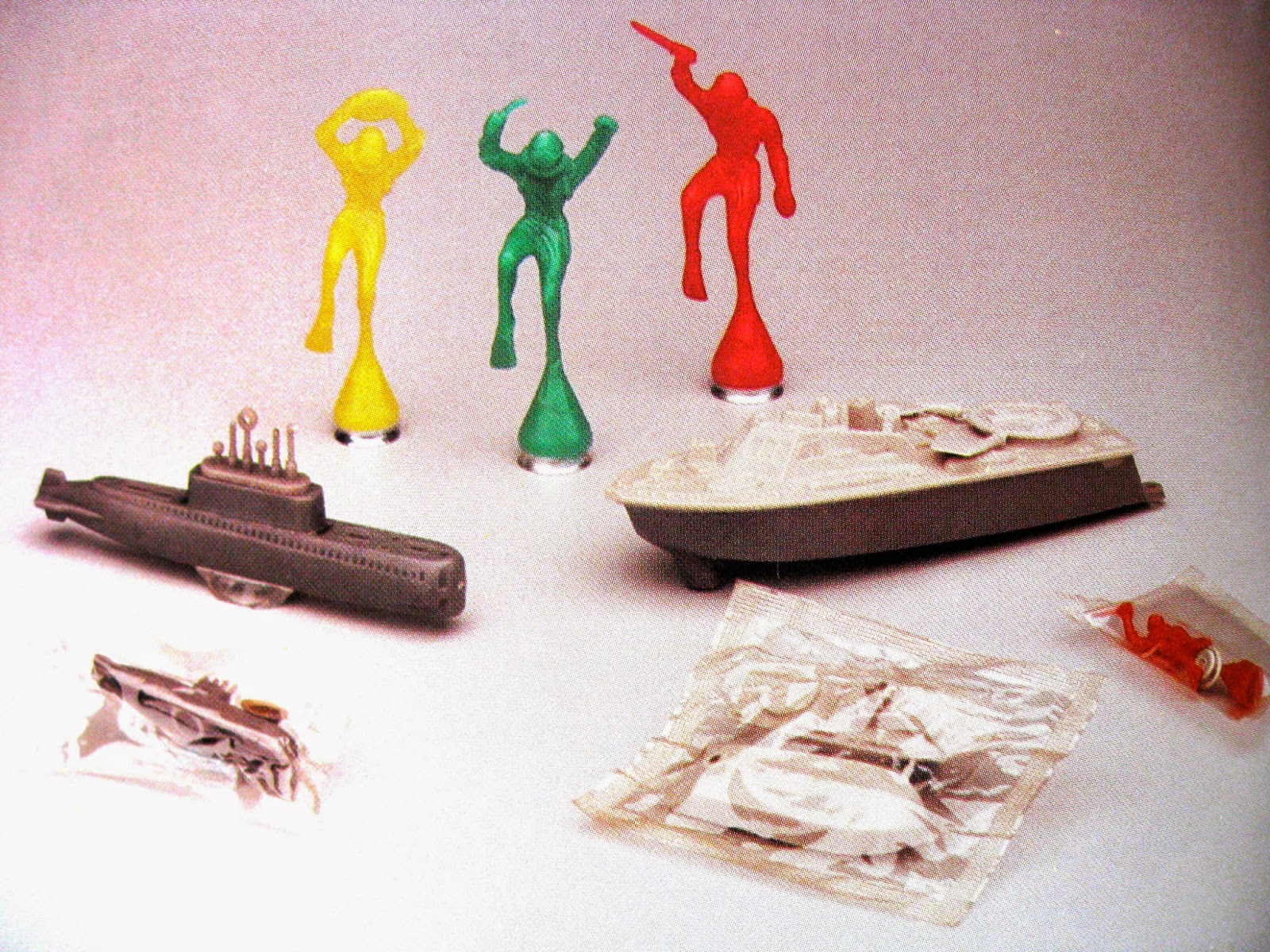 In the 50’s the underwater world was just opening up. Jacques Cousteau and Emilie Gagnan invented modern SCUBA with the introduction of the Aqua-Lung in 1943. This made it possible for Sylvia Earle to set the record for the deepest dive at 3200 feet and to have logged the most time underwater. No longer was a diver tethered to the surface with a huge metal diving helmet, dependant on some guy in a boat above pumping air down a hose. 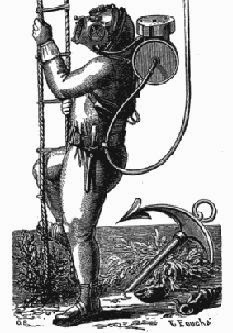 The TV show Sea Hunt with Lloyd Bridges made you want to go scuba diving. So we did. We are both certified divers enjoying the once inaccessible underwater world.

We call him “Diver Mike”, but he was also known as Scuba Duba and Diver Dan. Amazing how this reverie of information comes out of little speck of plastic picked out of the confusion of washed in debris. Diver Mike.
Posted by Beach Plastic at 5:18 PM No comments: 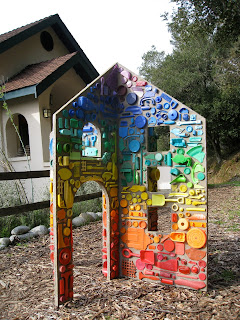 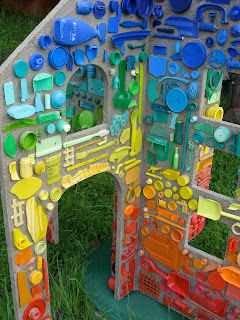 For the benefit auction Art Houses of Marin for the Ritter Center, a program for the homeless, we created "Cassandra's House" after Cassandra in Greek mythology whose prophetic insights; her warnings and concerns were dismissed or disbelieved. Cassandra had dedicated her life to beauty and was so beautiful herself that Apollo took a liking to her and gave her the gift of prophecy. But, when she spurned Apollo’s amorous advances, he was incensed. Because the gods cannot rescind a gift once given, he cursed her so that no one would believe her prophecies. Hence she was driven mad and wandered the streets of Troy warning of Greeks bearing gifts. She foretold the story of the Trojan Horse but no one would listen. What we are presenting here is no prophecy; what we are presenting is real evidence of what is happening in the ocean—washing onto our shores. Two people gathered the 1,241 pieces of plastic on our house in 2 hours from Kehoe Beach in the Point Reyes National Seashore. The plastic was selected from the tons of plastic on the beach, color-coordinated to accomplish our design. 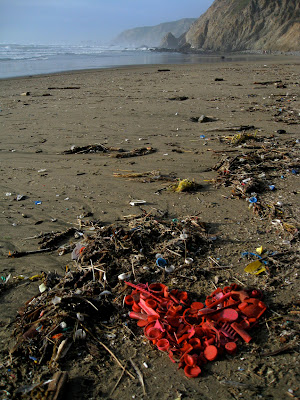 The first warm of spring; fog is hunched a mile offshore, and, no wind. Last week's series of storms passed with waves that brought coastal alerts and mountainous breakers at the Maverick's surfing contest sixty miles south. At Kehoe Beach, turning right to the north, we find the customary tangle of plastic and wrack. For variety we decide to head south across Kehoe Creek, flowing out through the sand, and onto Ten Mile Beach. The beach is blissfully clean here; the big waves have carried much of the plastic back out to sea. It's a great relief to walk and not feel the compulsion to focus down and sort through a bunch of junk. We walk for a few hundred yards and then our preoccupation with getting to work has us turning back north where there's plenty to pick through. Our habitual lean is toward gleaning stuff to tell the plastic debris story. A kind of shopping. Today we decide to make a valentine for our ourselves and our friends. All that red was gathered in fifteen minutes. Happy Valentine's y'all.
Posted by Beach Plastic at 3:12 PM 1 comment: 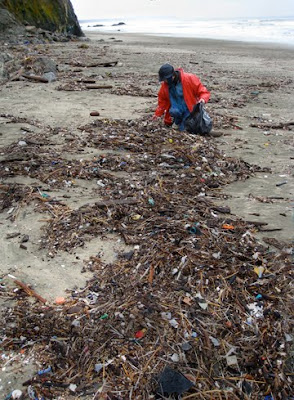 The end result of hyperbole, while poetic and attention grabbing, ultimately leads to skepticism.

Our pictures from Kehoe Beach, Point Reyes National Seashore show no hyperbole is needed. The evidence is in. What washes up on this one beach is repeated everywhere on earth. This picture is from a cove at one end of “Ten Mile Beach” the eponymous strand filled from one end to the other with scenes like this. It’s heartbreaking, and a call to action. Relentless use of disposable plastic must end.

The news of plastic jetsam most igniting the public imagination is the story of the “North Pacific Gyre,” the great “Eastern Garbage Patch.” Its existence had been predicted in 1988 with a report from NOAA (the US National Oceanic and Atmospheric Agency) based on coastal findings off Japan, Alaska and Hawaii. After Charles Moore’s famous Algalita voyage in 1997, an area of plastic debris north of Hawaii was described as “an island bigger than Texas” or, “twice the size of Texas”, or “bigger than Brazil.” Images of a giant “eighth continent” filled the public’s vision—effective images, all. But the press and the blogosphere have climbed on board belying the extent of the mess. There is no Google map that shows the gyre from space, and to those who would discredit the extent of the plastic pollution—if it’s not on Google maps, it doesn’t exist. The end result of hyperbole, while poetic and attention grabbing, ultimately leads to skepticism. Plus, if the Gyre were a densely packed, visible cyclopean floating raft of plastic, it might be possible to clean it up. The reality, gleaned in the summer of 2009 from trips to the Gyre by Project Kaisei, Algalita, and Scripps Institution of Oceanography, confirm that it would be better described as a continent-sized bowl of plastic soup, a minestrone of tiny plastic bits. And, it can never be cleaned up. We’ve all watched as waste and water swirls down our drains. The Gyre is a prodigious drain: problem is, there is no planetary sewer pipe.

Posted by Beach Plastic at 5:35 AM No comments: 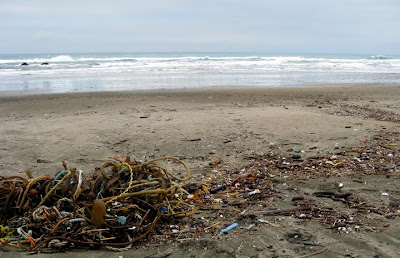 Posted by Beach Plastic at 5:32 AM No comments: