In a 2012 update of Merriam Webster’s Collegiate® Dictionary, a new definition for  “underwater” was added, as it pertains to a mortgage. Sure, it was a word before, but now it’s taken on another meaning of “having, relating to, or being a mortgage loan for which more is owed than the property securing the loan is worth.”

In 2007 "subprime" was added to the lexicon followed by the "bailout" in 2008, and then in 2012 with "underwater" mortgages. A common trope in the real estate business—"they're not making any more of it" belies the wonderful mysteries to be found in all that exposed acreage with a minus tide. 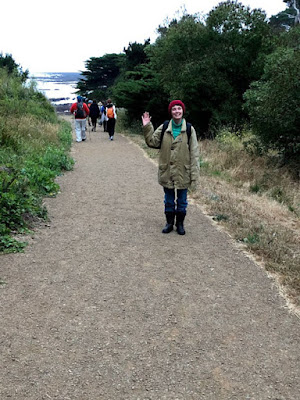 On July 13, 2018, at the crack of dawn on Judith's 68th birthday, underwater took on an up-close and personal meaning. For Magic of Minus Tide a Point Reyes National Seashore Association trip, we met naturalist Wendy Dreskin with her sidekick assistant Lucas Corneliussen, Richard's daughter Amelia who had just flown in from NYC and a stalwart group of hikers at the Agate Beach trailhead, Bolinas at 5:45 AM to explore another kind of underwater world — when a minus tide exposes the magic of Duxbury Reef. 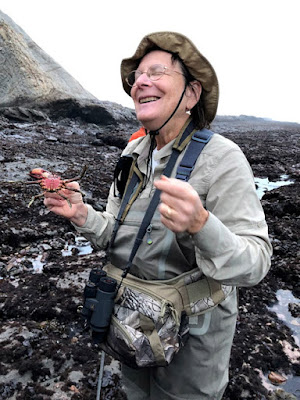 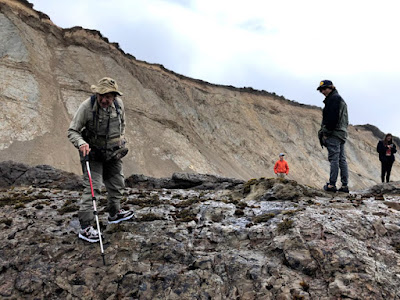 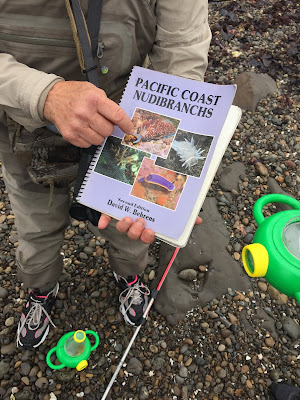 We were captivated by Wendy, our guide, as she pointed out and recited the litany of wonders: the soft light of dawn, the frill of the Feather Boa Kelp, the iridescent sheen of the Rainbow Kelp, an anemone devouring a crab. 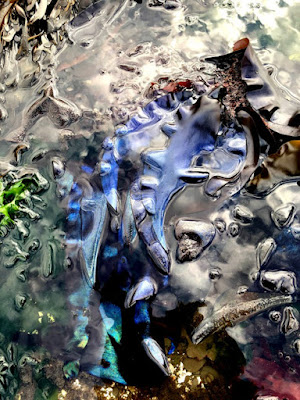 The gems of the day were the nudibranchs  'noo-de-brank' — Although Judith appreciated Isabella Kirkland's gems Butterflies of the Sea when they on display in the main gallery at the Bolinas Museum while Judith's jewelry gems were on display in the Coastal Artist Gallery, she never had seen one in the wild. 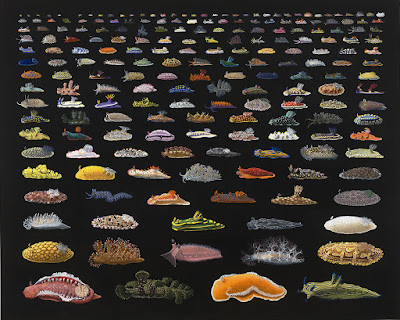 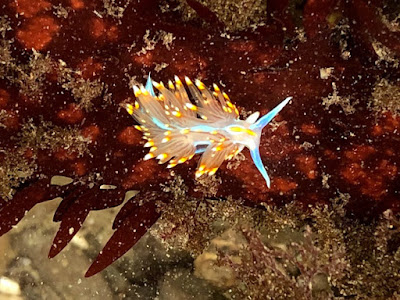 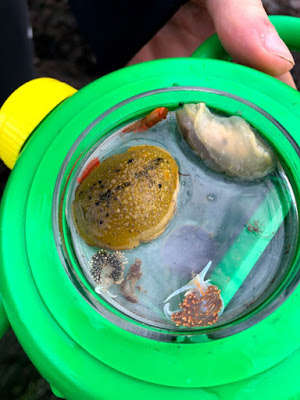 Almost every day we read headlines announcing the peril of rising ocean levels that will put thousands of coastal homes underwater. Scientific American published a key report about the threat. Communities are planning for "managed retreat" which means developing wetlands and channels for the seawater and removing built structures that are in the way or "coastal armoring" which means building seawalls and bulkheads

Judith has long been on the hunt for a trilobite fossil in the wild. It's on her life-long dream bucket list. So she was astonished when she found what appeared to be one nestled into rocky reef.  Chiton aka Trilobite Impostors — easy to be fooled by their segmented shells, reminiscent of the ancient artifacts. 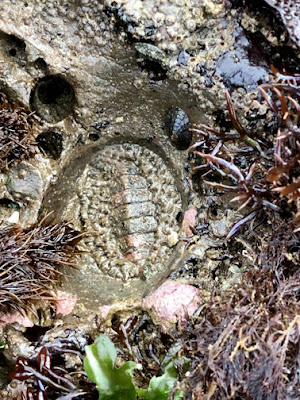 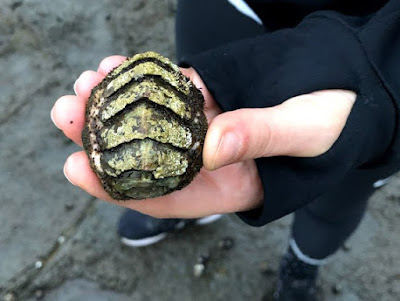 We humans can take a lesson from the tough armor of the Chitons to hunker-down and hang on. Chitons are well adapted to life in the surf, heck they have been around some 400 million years to the Devonian…and when our definitions of underwater (mortgage, coastal flooding) are long gone, it is reassuring to know that under the sea the Chitons will still be there.

Richard writes: Having been diagnosed with CIDP  I have issues with steadiness and balance, so for the last 150 yards of the walk which takes you over uneven terrain covered with very slippery seaweed, it seemed prudent to find a resting rock. From that perch a marvel of a different order unfolded. Sand fleas were on the march, climbing out of the surge seeming to all climb over the rocks in one direction in a marshall stream of crustacean progress. Up and over a rock right at my feet then, reaching the edge of a boulder and leaping into the air lemming-like. The stream was so relentless and unending it made me think of Rommel's Panzer Tank Brigades seemingly unstoppable marching across the Sahara. In this still, fascinated quiet, the crabs came out climbing out of their hidie-holes and up my pant legs. 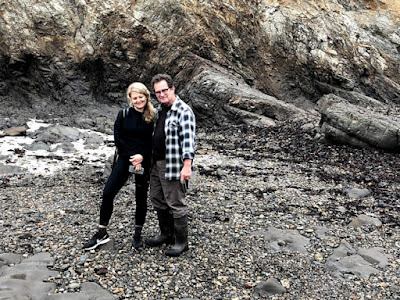 Postscript: Although we were on the look-out, we did not find one piece of plastic.
Posted by Beach Plastic at 10:10 AM