Technicolor™ is the trademark for the film technique of superimposing the three primary colors (red, yellow, blue) to produce eye-dazzling effects for motion pictures. As an adjective, technicolor describes something that is vivid, bright in color. 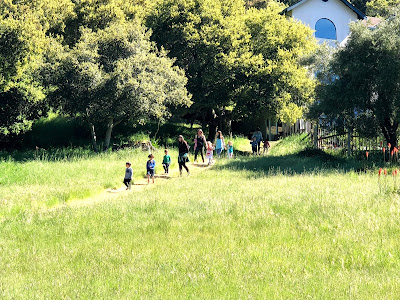 A morning with a brilliant blue sky superimposed with an energetic bunch of 28 kids and 12 adults from San Anselmo Co-op Nursery School is our dream of a technicolor enhanced Earth Day 2019 at Rancho D. They roamed the property, going from station to station, experiencing the creative life in its many forms.

Cooper, Sequoia (the horses) and Lauren were exemplars of good behavior. The kids were caught in the spell of the horse's aura while Lauren explained about how they came to be under her care. What lucky horses!!! 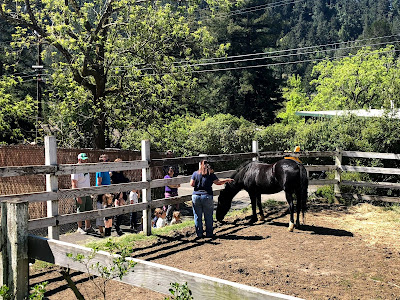 Eli tended the garden making sure that everyone had a taste of something fresh picked, experienced the thrill of catching lizards and went home with a sunflower seed planted in peat pot.

Richard embellished the story of plastic on the beach as he read, to an attentive audience, Joel Harper’s Sea Change. 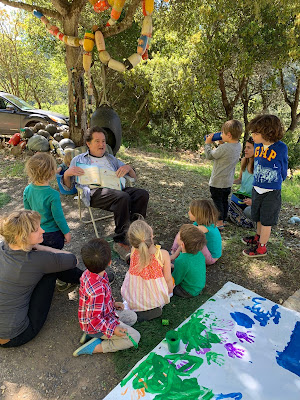 For her creation-station Judith presented an assortment of colorful (red, yellow, blue and more) pieces of plastic and tag boards where an arrangement of the plastic was made, then photographed, and shared in Google Photos. 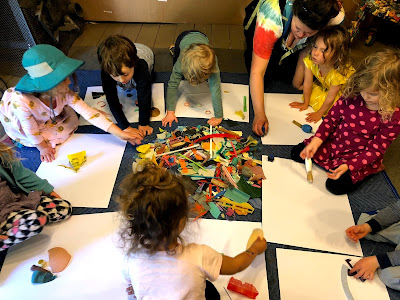 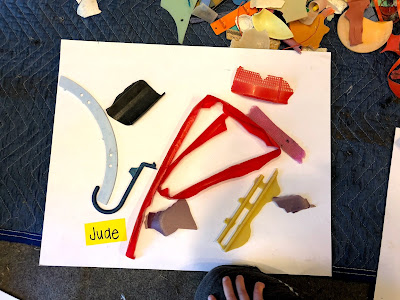 Amelia wielded kids and brushes with a flourish, guiding them as they painted a mural announcing EARTH DAY 2019. It was not only in pre-school primary and it was also in technicolor. 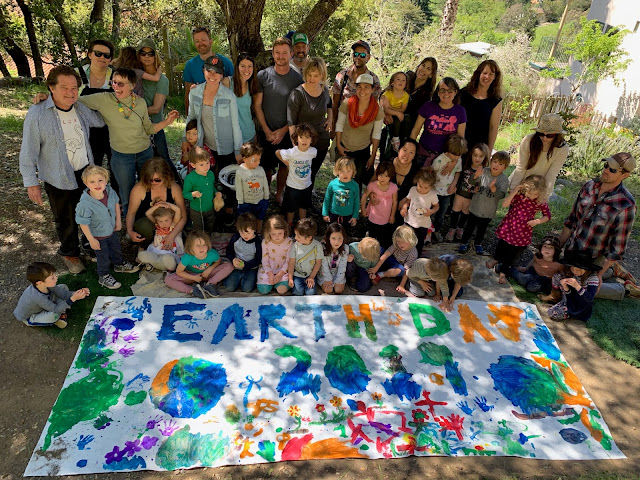 Posted by Beach Plastic at 7:27 AM No comments: