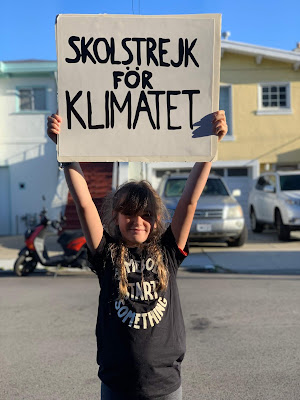 Clementine marched and held her sign high at the Global Climate Strike in San Francisco on Friday then put her words into action with her brother Aloysius on Saturday with us on Drakes Beach, Point Reyes National Seashore.

It was a glorious day for climate in action — gentle waves, soft ocean breezes, the perfect shoes-off temperature to wiggle toes in the sand.

We like to say Coastal Clean Up Day is our Christmas, our Yom Kipper, our Ramadan, our Dewali, too. It is the day we join with others in an international effort to do what we do on a regular basis. Our religious fervor for the planet is expressed in the concept of halakha, meaning the walk the walk or take the path sometimes translated as law, which guides many aspects of daily life.

Slather on that sunscreen, grab your collecting bags, don your Pick Me Up Bag and come-on, let’s get going. 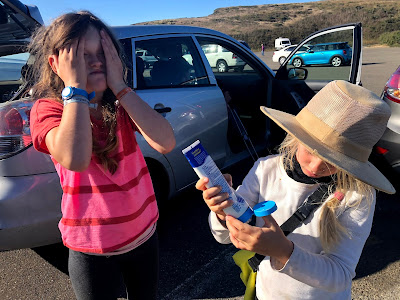 After a check-in at the table set by docents from the Point Reyes National Seashore Association, the kids were primed by the display of plastic caps and David Liittschwager's pic of the stomach contents of a Laysan Albatross. Yes, their wingspan is twelve feet! 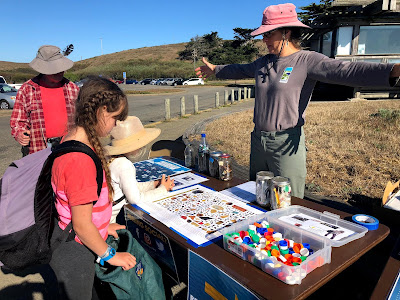 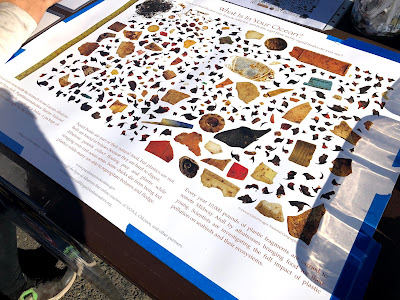 We are on the case to collect plastic. Come-on, let's get going. 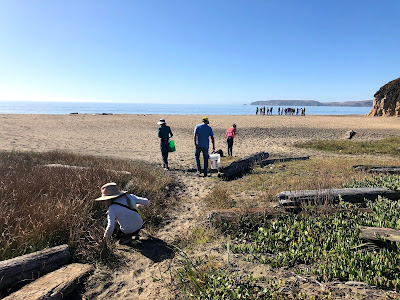 But this time of year, the nadir of the plastic seasonal cycle, is not prime time for collecting.
Some particpants complained about the dearth so instead of Coastal Clean Up Day in September we propose a day where celebrants of the sea go to the edge and bow to the mighty forces of the ocean. Our vote is to have coastal clean-up in April when the Winter/Spring currents bring the plastic in. The north flowing Humboldt Current brings debris out to the Gyre in Summer/Fall. Maybe the Fall event should be Beach Appreciation Day! 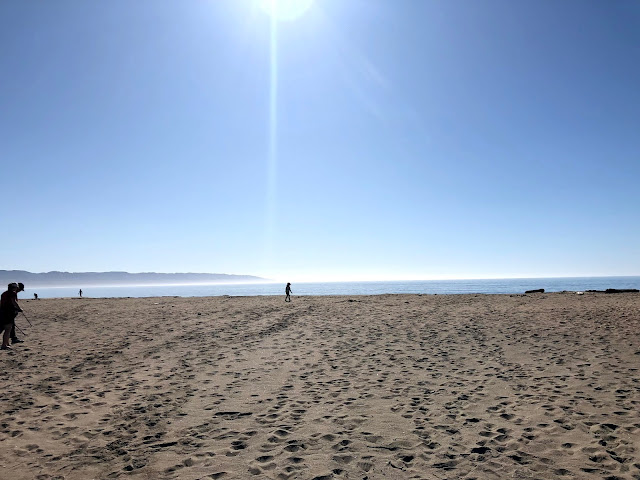 Although there was scant plastic there were plenty of other reasons to be at the beach. On the lookout, the deep search was on — a tide line dig for sandcrabs, Pacific Mole Crabs. 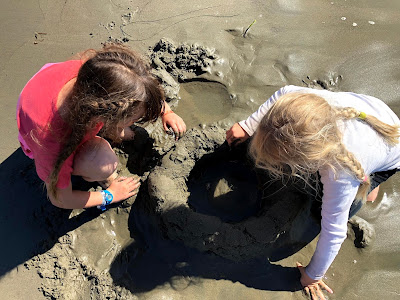 A delicious reward for a fine day at the beach — a Water Buffalo milk gelato cone, a soft serve swirl of salted caramel and vanilla. 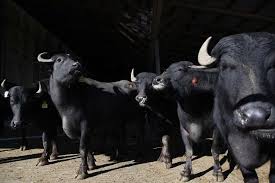 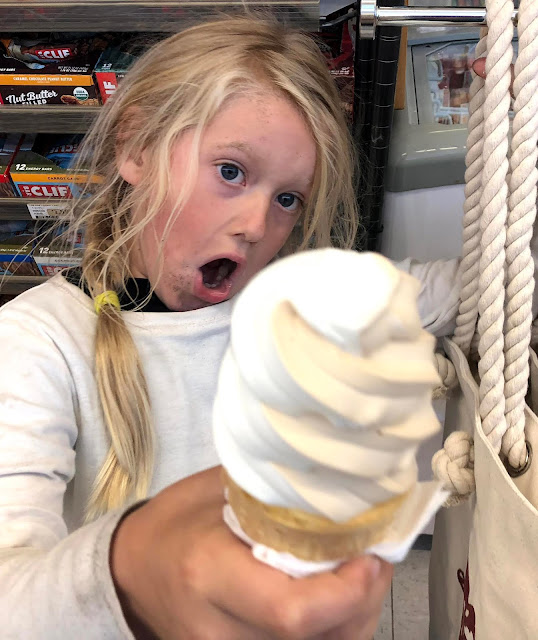 They gathered hundreds of tons of trash at beaches, shorelines and inland waterways, cleaning up at over 1,000 sites in 55 of California’s 58 counties -- the largest collection of sites in the cleanup’s history. Cleanups took place up and down the coast, from the Oregon to Mexico border, and as far inland as Lake Tahoe. California’s event is part of the International Coastal Cleanup organized by Ocean Conservancy.

With 75% of the cleanup sites reporting,

the statewide count stands at 59,772 volunteers.

Posted by Beach Plastic at 1:04 PM